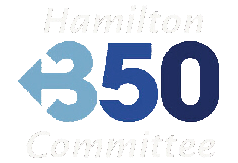 Search
Carbon dioxide, also known as CO2, is a vital gas in Earth’s ecology.  It sustains plants.  It keeps the world from turning into an ice ball.

At the dawn of Earth's history, there used to be much higher concentrations of CO2.  Over time, much of this was incorporated into living matter. Some of this living matter, over millions of years, was buried and turned into fossil fuels.

For most of human history, carbon dioxide levels were at about 280 parts per million (ppm).  This provided a stable environment that allowed for non-nomadic agriculture and the rise of new forms of human society.

Since the dawn of the Industrial age, as colonialism and capitalism have reshaped the planet and preyed upon both natural resources and human lives, we have seen increasing extraction of fossil fuels by human beings for use as an energy source, which has increasingly released sequestered CO2.

160 years ago, Eunice Foote was the first to demonstrate carbon dioxide was a greenhouse gas.  The consequences of unfettered burning of coal, oil and gas was understood; especially by oil interests.  In 1965, American Petroleum Institute president Frank Ikard warned that their industry was in danger of doing irreversible damage to the ecology and economy.  Scientists calculated that 350 ppm was the safe limit; raising CO2 levels past that was dangerous.

There is a huge preponderance of research that shows human activity -- meaning in particular human activity tied to European colonial expansion and to the oppressive organization of our societies around the drive for profit -- has increased CO2 levels, which has caused warming of 1 degree C over pre-industrial levels. The processes involved take time so recent emissions have baked in another degree of temperature increase.  Business as usual will cause even more warming.

The fossil fuel interests stand to lose trillion of dollars if we keep oil in the ground.  They have spent a lot of money to lobby governments and create doubt about the problem with disinformation.

However, the cost of inaction has been and will continue to be significant to communities and countries.  Weather events have become more extreme so we see 100 year storms hitting every other year.  Cities are seeing a year’s worth of rain within 24 hours.  Agricultural timetables are being disrupted.  Drought is more prevalent.  Forest fires are burning hotter and in unexpected regions.  Fisheries are collapsing due to ocean heating and acidification.  Some regions are becoming too hot for human habitation.

Over time, we see species extinction affecting the ecosystems that we rely on.  Sea level rise is slow as polar ice sheets melt and warmer oceans expand but our use of fossil fuels has made it inevitable.  Sooner or later, a huge percentage of the population will have to leave coastal cities.

​Again and again, it is people who are already marginalized by colonialism, white supremacy, patriarchy, ableism, poverty, and other axes of oppression who are already bearing the brunt of these harms, and that will only increase.

Our climate has changed in the past but this is the first time that human activity is what put things in motion.  We can’t reverse it, but we can try to stop it from getting totally out of control. We must stand with Indigenous peoples, frontline communities, and others who are being hit the hardest by the climate crisis, and do our part to mitigate its damage and to dismantle the systems that have been driving it.

Here are links to a few other resources:

This page is still under construction, so if you have other resources that you find useful, or if you think we're missing something important from our summary above, please be in touch!